Boeing now expects the US Federal Aviation Administration (FAA) to certificate the 737 Max in the middle of 2020, ­marking another delay to the aircraft’s flight approval – which some observers had expected would come early this year.

“We are informing our customers and suppliers that we are ­currently estimating that the un-grounding of the 737 Max will begin mid-2020,” Boeing said on 21 January. “This estimate is informed by our experience to date with the certification process.”

Until December 2019, Boeing had thought regulators would clear the jet to fly before year-end. But in December, FAA administrator Steve Dickson quashed Boeing’s plan when he said too much work remained unfinished for a 2019 sign-off.

Since then, Boeing has shied away from providing a timeline. Some observers estimated certification would come early in 2020, perhaps in February, with a rolling reintroduction of the Max into passenger service. Now the FAA’s re-approval appears likely to come several months later.

Boeing’s latest projection “accounts for the rigorous scrutiny that regulatory authorities are rightly applying at every step of their review of the 737 Max’s flight-control system, and the Joint Operations Evaluation Board [JOEB] process, which determines pilot training requirements,” the airframer says.

The JOEB consists of crews from multiple 737 Max operators and has been tasked with evaluating training for the twinjet's pilots.

Although the board’s work is incomplete, when finished, the FAA’s Flight Standardisation Board will use the findings to develop pilot training recommendations, which will then be subject to a public review.

The FAA says it has “set no timeframe for when the work will be completed”.

“The agency is following a thorough, deliberate process to verify that all proposed modifications to the Boeing 737 Max meet the highest certification standards,” the FAA says. “We continue to work with other safety regulators to review Boeing’s work as the company conducts the required safety assessments and addresses all issues that arise in testing.”

Meanwhile, United Airlines has become the first Max customer to announce that it will operate without the aircraft during the peak summer travel season.

“We continue to assume there will be a safe return of the Max and we’re encouraged at what we hope is a more realistic timeline,” the carrier’s president Scott Kirby said on 22 January.

Chief commercial officer ­Andrew Nocella adds: “We are now assessing the impact to the schedule, but don’t anticipate ­flying the Max this summer.”

United had 14 737-8s in service at the time of the grounding, with another 16 now built but undelivered at Boeing facilities.

The carrier says it sees no issues with any additional training requirements for its crews as it has “ample simulator capacity”.

Production of the 737 Max could restart several months before mid-year and ahead of the twinjet’s return to service, meaning the assembly line could be reactivated within three months, the airframer’s new chief executive David Calhoun says.

“Production will start… months before that moment in June, because we have to get that line started up again,” Calhoun revealed on 22 January.

By “moment in June”, Calhoun seemingly refers to Boeing’s mid-year projection for certification of the 737 Max, which has been grounded since 13 March 2019.

“And the supply chain will be reinvigorated even before that,” Calhoun adds. “We are going to slowly, steadily bring our production rate up a few months before the… middle of the year.”

Calhoun clarifies that final assembly could start within three months and insists Boeing has no plans to lay off workers.

His comments came nine days after Calhoun stepped into the Boeing chief executive’s office and several days after the company halted 737 Max production.

“That was always going to elongate return-to-service,” says Calhoun, adding that the new timeline provides sufficient time “for discourse with our regulator at every level”.

Since taking Boeing’s helm, Calhoun has talked with “most” of Boeing’s big customers and attended meetings at the Pentagon and White House and with the FAA, he says.

He also pledges a new era of openness and transparency with regulators and the press.

In the immediate future, Boeing will primarily focus on its existing products, starting with the Max, and on improving safety and engineering, with less immediate attention on future projects.

But he insists Boeing is not “running from research” and ­although it “might reprioritise” development projects, “we are not ripping them up”. 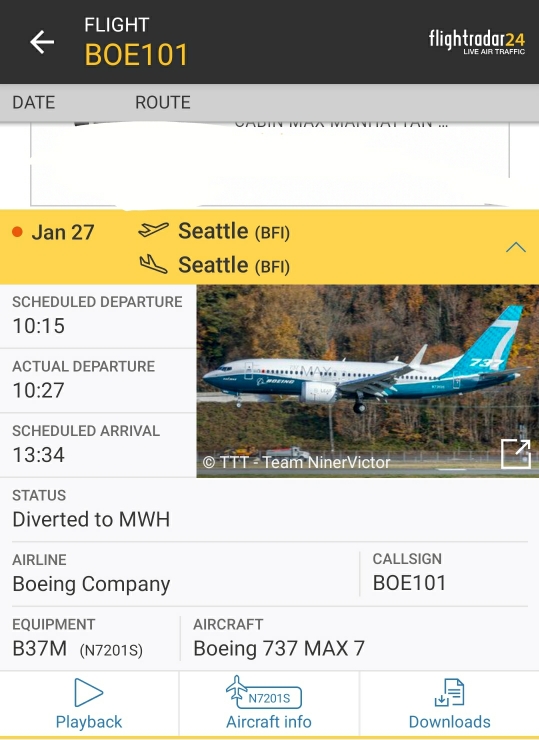 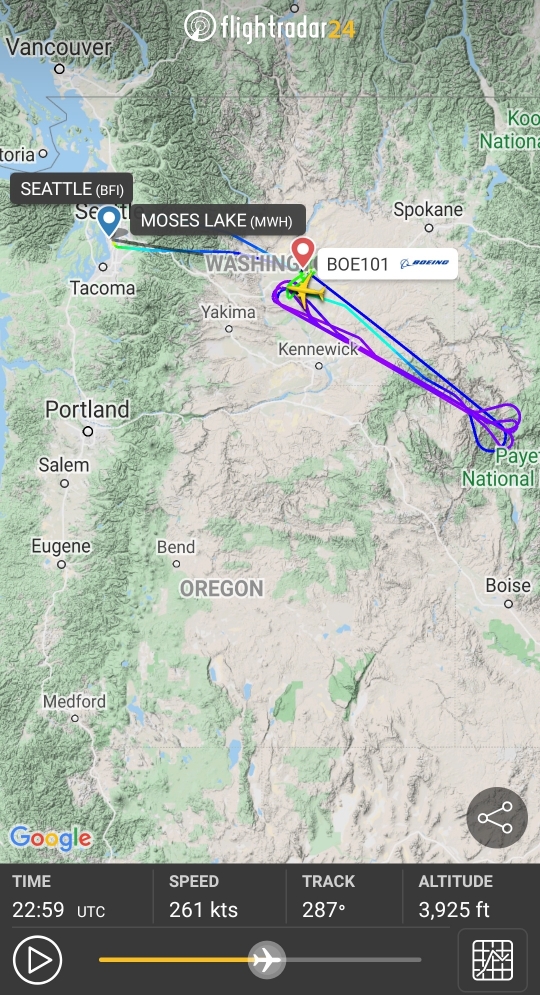 
Chissà come si evolverà la questione. Se riuscissero a sviluppare due aerei insieme con molte parti in comune potrebbero fare un bello scherzetto ad Airbus.
"Because you needed a lot of capital in an airline, you needed to be where the financial markets were, and obviously that's New York"
Top

Questo secondo me sarebbe l'ottimo, stiamo a vedere in Boeing come la risolveranno...
"Because you needed a lot of capital in an airline, you needed to be where the financial markets were, and obviously that's New York"
Top

Boeing expects it will take several years to return the rate of 737 Max production to previously expected levels once the company resumes final assembly of the narrowbody, a milestone which could arrive in the coming months.

Executives laid out that timeline during a full-year earnings call on 29 January, signalling that Max output will remain significantly lower than that of the rival Airbus A320 family for the foreseeable future.

“We’ve assumed we will resume 737 Max production at low rates in 2020… Then we expect to gradually increase to previously planned production rates over the next few years,” says Boeing chief financial officer Greg Smith.

Boeing declines to say at which rate it intends to restart production - which was halted in January - or to provide timelines for rate increases.

A day before Boeing revealed its 2019 financial performance, United Technologies, which owns key 737 Max supplier Collins Aerospace, said that based on “constant contact” with the airframer, it foresaw production stopping for around 90 days and then resuming at a rate of 21 aircraft per month.

“When the supply chain has stability, we will make the next rate increase,” Smith says.

Prior to the March 2019 grounding, Boeing produced 52 737s per month and anticipated hiking production to 57 aircraft per month in 2019, followed by possible further increases.

During the grounding Boeing has stockpiled completed 737 Max aircraft at several US airfields. Once regulators do clear the Max to fly, Boeing faces the massive task of getting all those aircraft delivered.

“Return to service… will be a one-and-a-half-year programme based on the [aircraft] in inventory,” says Boeing chief executive David Calhoun.

Smith clarifies that most currently-stored Max will be delivered within a year of the grounding being lifted.

Calhoun also insists that neither a constrained supply of flight simulators nor the FAA’s new airworthiness certification requirements will delay that timeline.

Boeing now pegs the financial impact of the 737 Max grounding at $18.6 billion, including estimated costs associated with concessions to customers and disruption to the now-halted production line.

Concessions to 737 Max customers will cost it $8.3 billion, rising by over $2.6 billion on the previous estimate of $5.6 billion.

Additionally, the company now predicts it will incur $6.3 billion in additional “estimated costs to produce 737 aircraft included in the accounting quality”. That figure includes $3.6 billion in costs attributed to the first nine months of 2019, and an additional $2.6 billion in the fourth quarter.

Boeing also foresees its future financial results will be hammered by $4 billion in “abnormal production costs to be incurred during the suspension and gradual resumption of production at low production rates, primarily to be expensed in 2020”.

Administrator Steve Dickson has defended the US Federal Aviation Administration’s (FAA’s) decision to wait for ­empirical evidence before grounding the Boeing 737 Max last year, rather than follow other authorities’ more precautionary approach.

The FAA grounded the type on 13 March 2019: three days after the loss of an Ethiopian Airlines aircraft – the second fatal 737 Max 8 accident – having held out against a wave of suspensions by other regulators, including the European Union Aviation Safety Agency (EASA).

Speaking in London on 6 February, Dickson acknowledged that regulatory alignment would have been preferable, but defended the FAA’s decision to wait for data. This enabled it to establish a common thread to a Lion Air crash five months earlier, in the behaviour of the re-engined type’s Maneuvering Characteristics Augmentation System.

“These two accidents had different factors associated with them – two airlines, two groups of pilots – so they weren’t the same scenario,” he says. “The agency was looking to identify a common thread, and it took getting the data to be able to make that decision. It was not available for a couple of days.

“I don’t know on what basis EASA made their [grounding] decision,” he says, but believes that the FAA and Canadian regulators took action based on data.

Dickson indicates that the 737 Max could commence certification flights within the “next few weeks”, but notes: “I don’t think it’s helpful to get out there with timeframes or timelines.

“I don’t want to create expectation or pressure on my or Boeing’s workforce. It’s important they have the resources and support to be able to complete this process.”